He said I am the Anti-Christ, as a smile slipped its way across his face.

The pupil of his eyes twitched and danced hastily anxious to inflict the commands cooking in his mind. I part my lips to stop time to listen, flex my muscles to bend walls around my will be done he whispered as he hugged me almost lovingly. Mark a new beginning in the sands of society. Tie a broom to the necks of the unfaithful to sweep away the steps of the unworthy. He paced the room beaming with the brilliance of his plans holding the world’s fate like a freshly peeled orange in the palm of his hands, and in panicked breaths I could smell the citrus scented death. But, my face was placid and unimpressed by this man, who not too long ago used to grasp my hand.

Now he’s moved to the doorway triumph in his stride, a lion’s pride, a devil hides. Raises his arms and proclaims himself king. And I his daughter as future queen. I stare at his imagined victory over our little hallway, disheartened laughing at the notion of crazy. Just then he jumps forward wrestling with the world’s shadow, mumbling curses as he punches the plaster while quoting something that sounds like what satanic verses aught to. Accustomed and unafraid I exist only as a witness to the effects of cell bars and failed dreams, to un-addressed depression and loneliness that prefers the company of a bottle, to unabashed character flaws when Daddy should have been hero. He has won the battle, cheering excitedly standing firmly the savior. The head of anarchy singing loudly louder until he’s screaming shaking the roots of our building but he is a human being.

From the base of my soul I will smile because he’s smiling. There have been days when the light I see now was a smashed candle on the canvas above his chin wax and wick mixed into the hate and bitterness. From the core of my being I will swallow hard & laugh with his laughter at the powers that we will have as the Anti Christ and partner because I love my father albeit his mind doesn’t have all the chapters. Gladly charter my sanity for him, not to sanction his actions but because I understand it is hard to walk down the road as a large black man. Constant surveillance will make you consider God’s eyes less and less, make you wonder, should I answer the approaching officer or just nod my head yes. Yes I know I fit the profile. Through the procedure of cuffing gruff hands that controlled the sands of time are the ones that would firmly clasp mine, reading Miranda I trace memories along the lifelines of his palms.

They never hurt me.

Placed behind his double wide back. Maybe beat mercilessly the wooden face of a board, the weighted burden of anger heavy eradicated as knuckle met door. Wait, you have a self proclaimed king in your custody. He may have hid the broken bottles of his pride and shattered his relationship with God but I still need him to be the boulder in a world that rattles endlessly. Give me a chance at stability. Enough women already suffer from men coming in and out of their lives constantly. 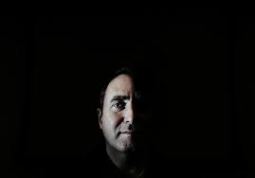 This story unfortunately has no ending

How can he help raise children when a broken soul just produces a broken one?