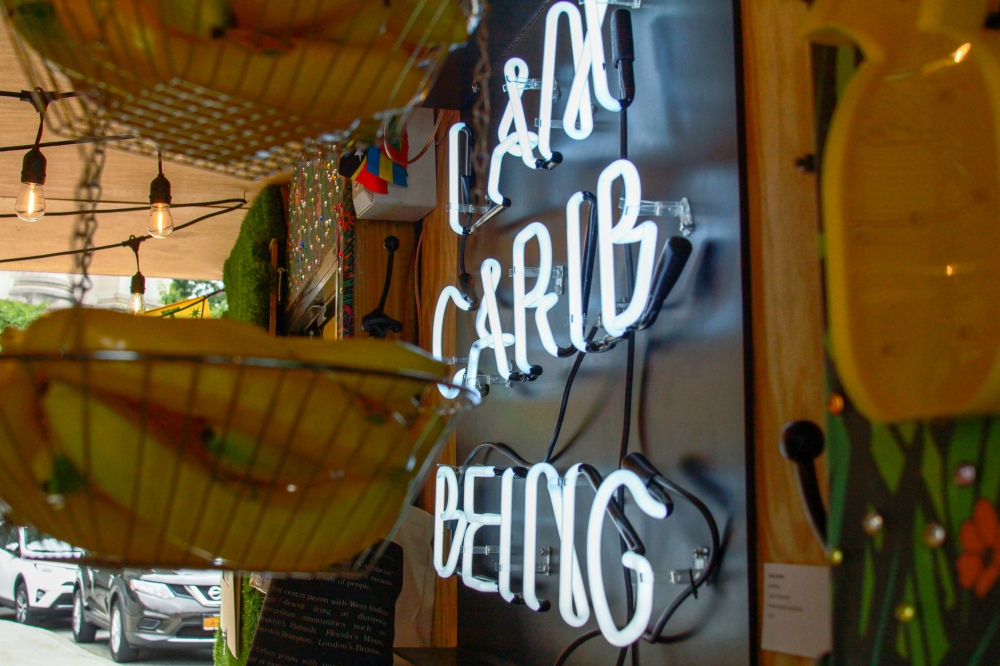 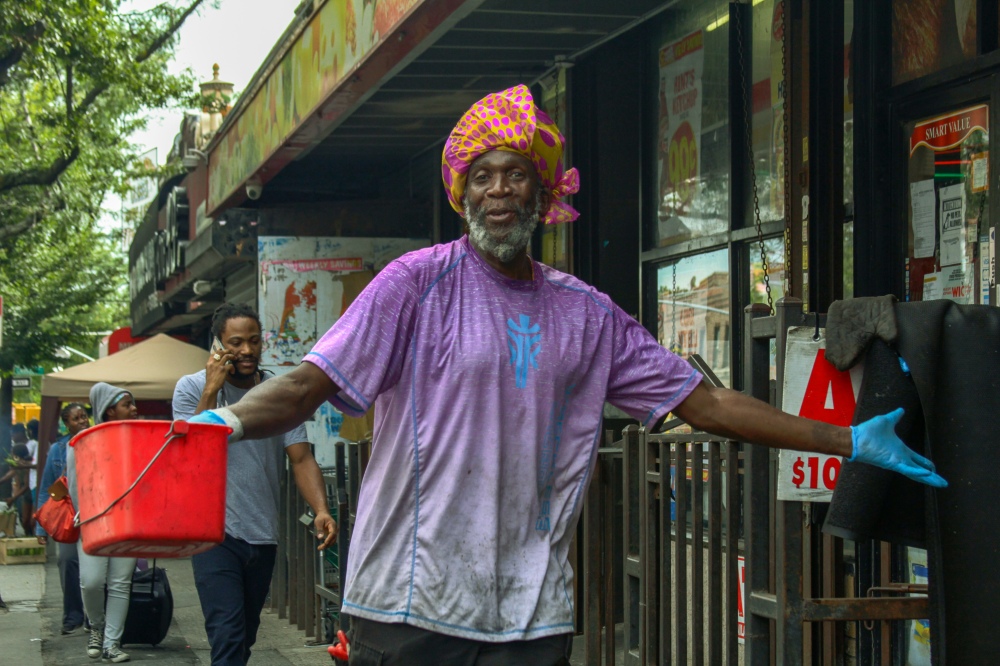 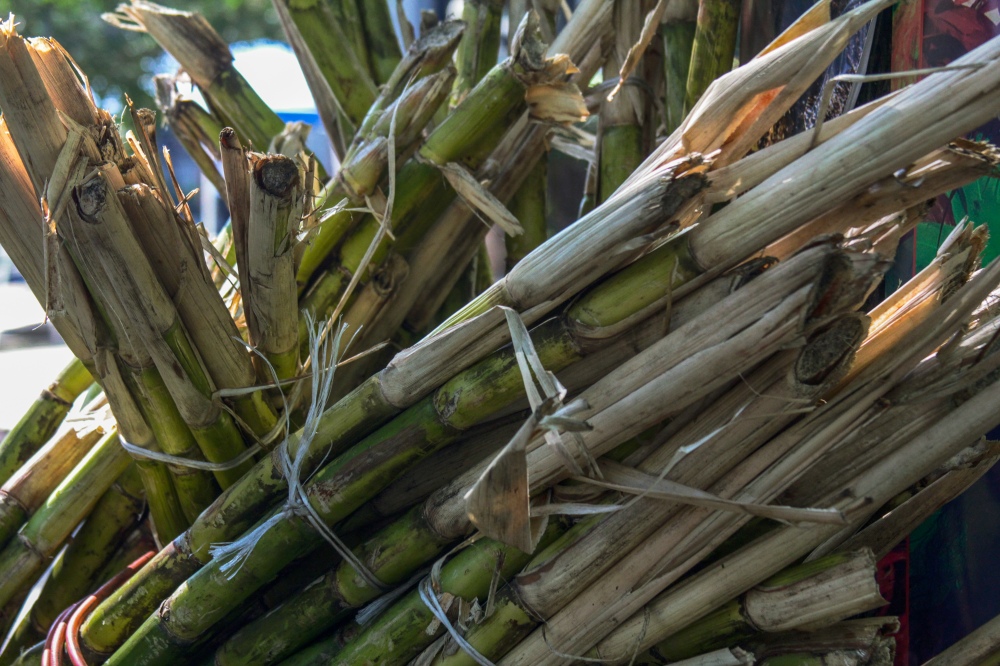 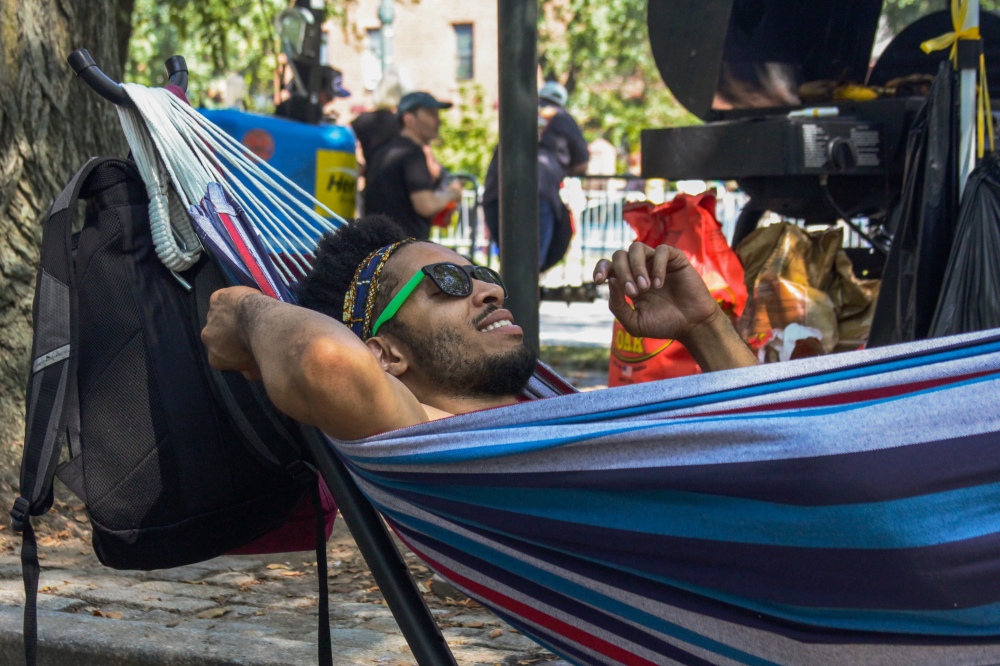 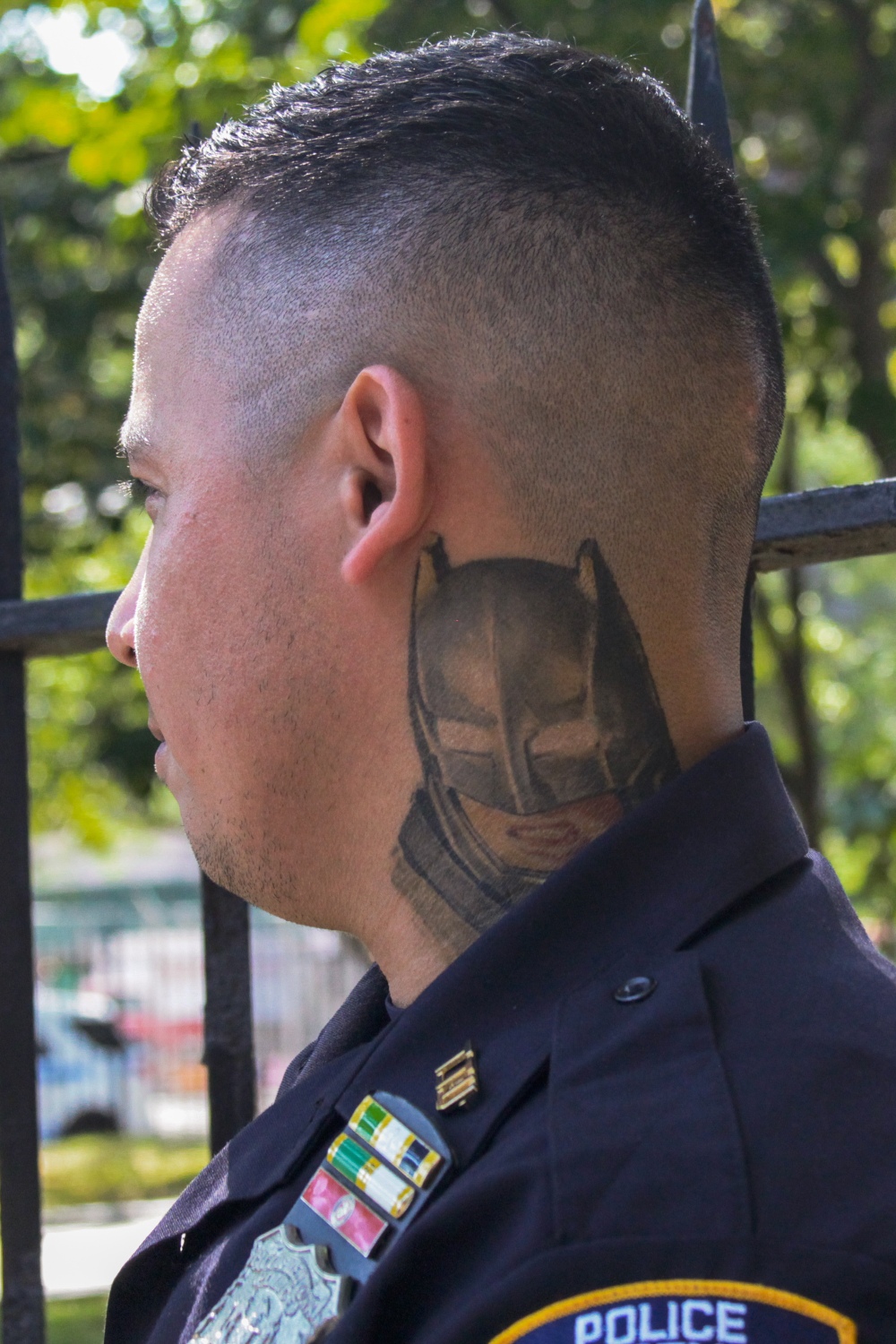 Officer Alfonzo and his batman obssession 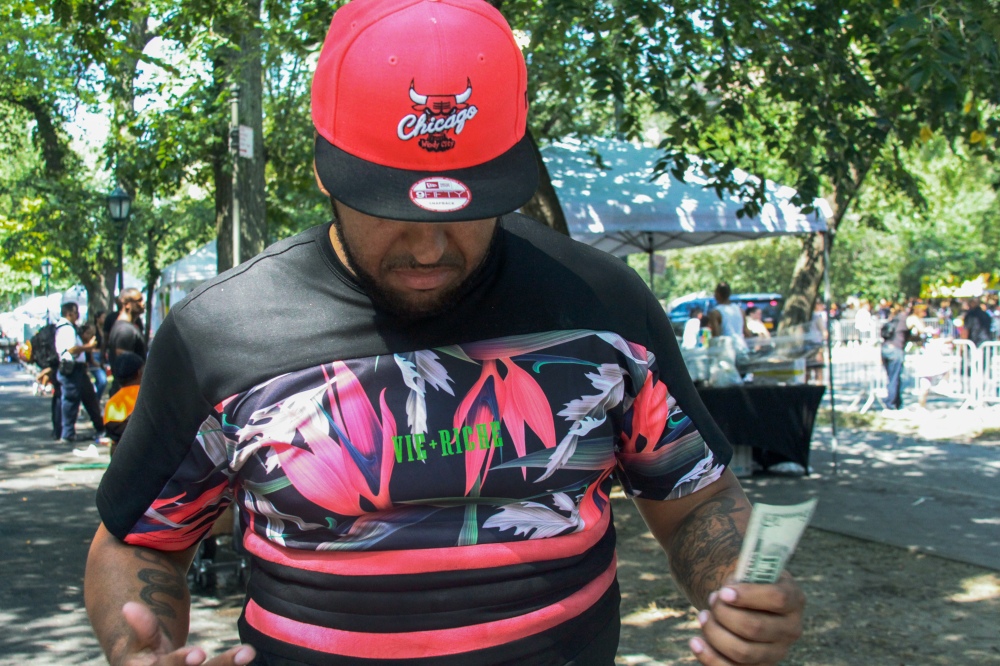 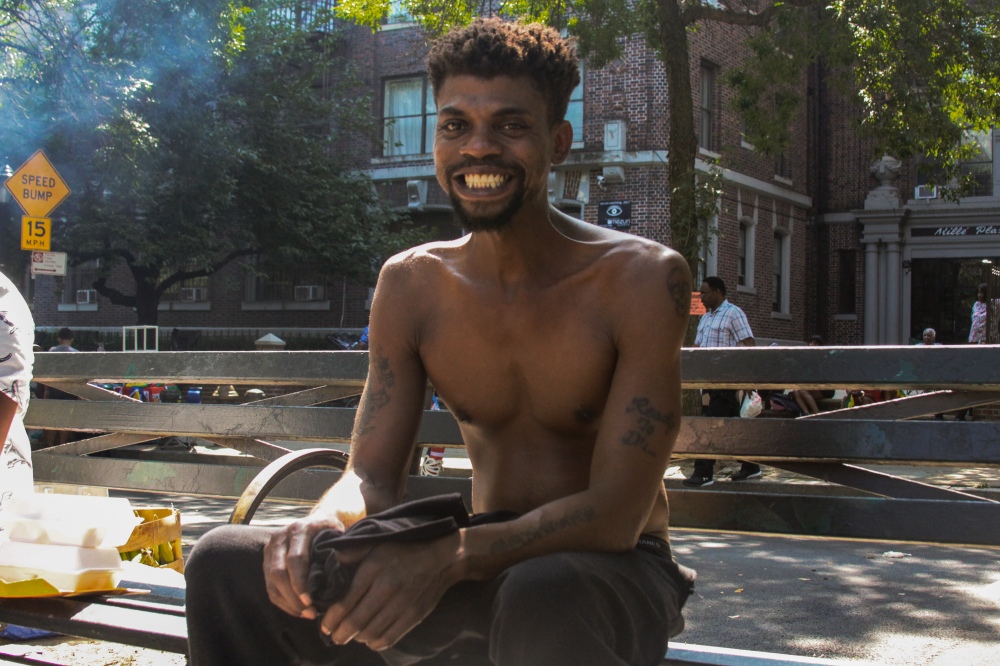 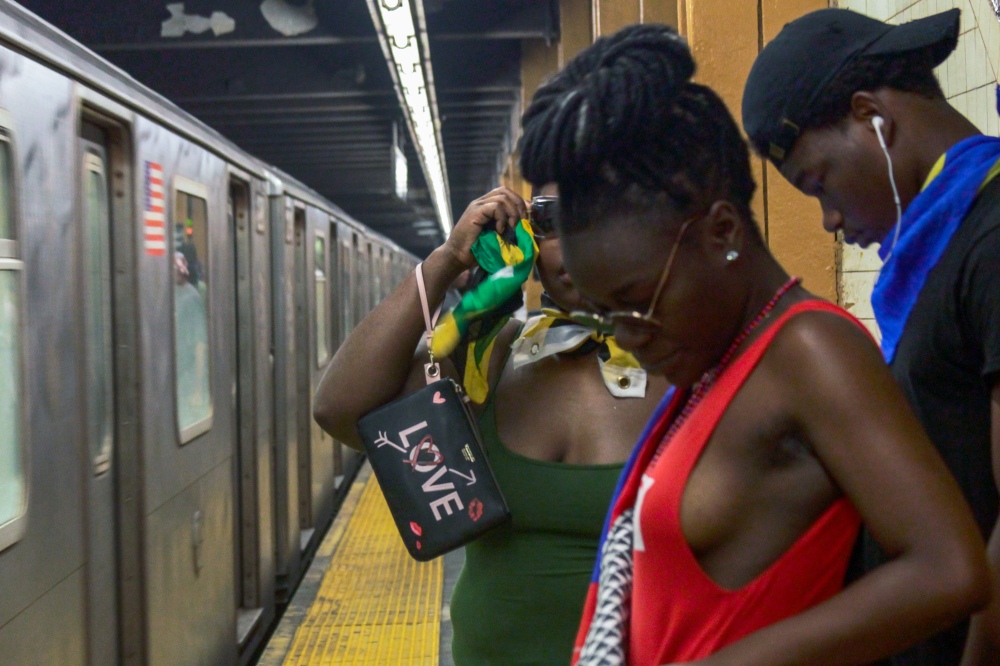 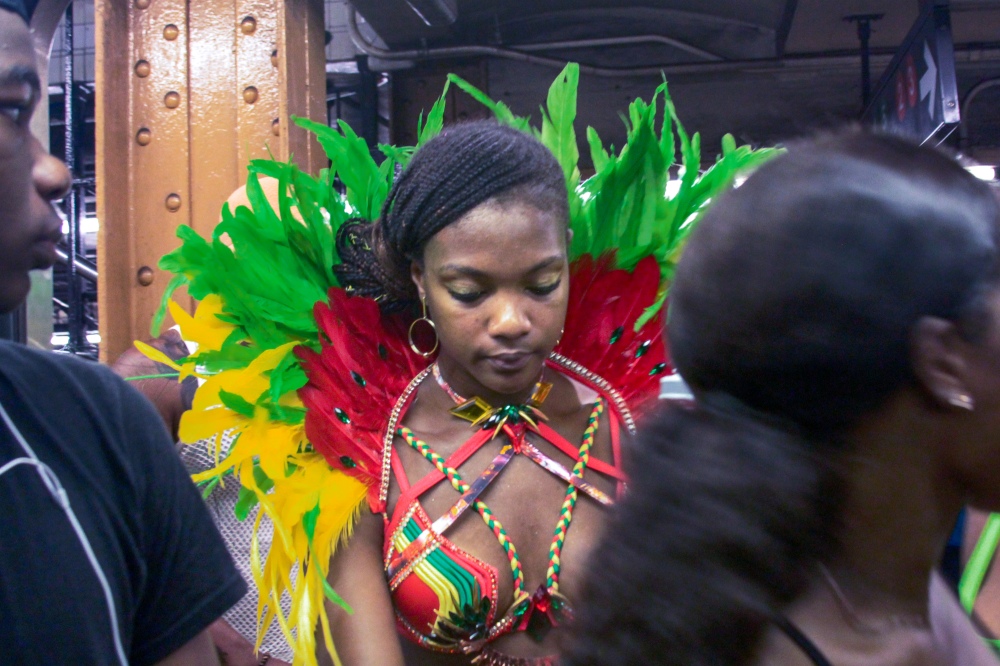 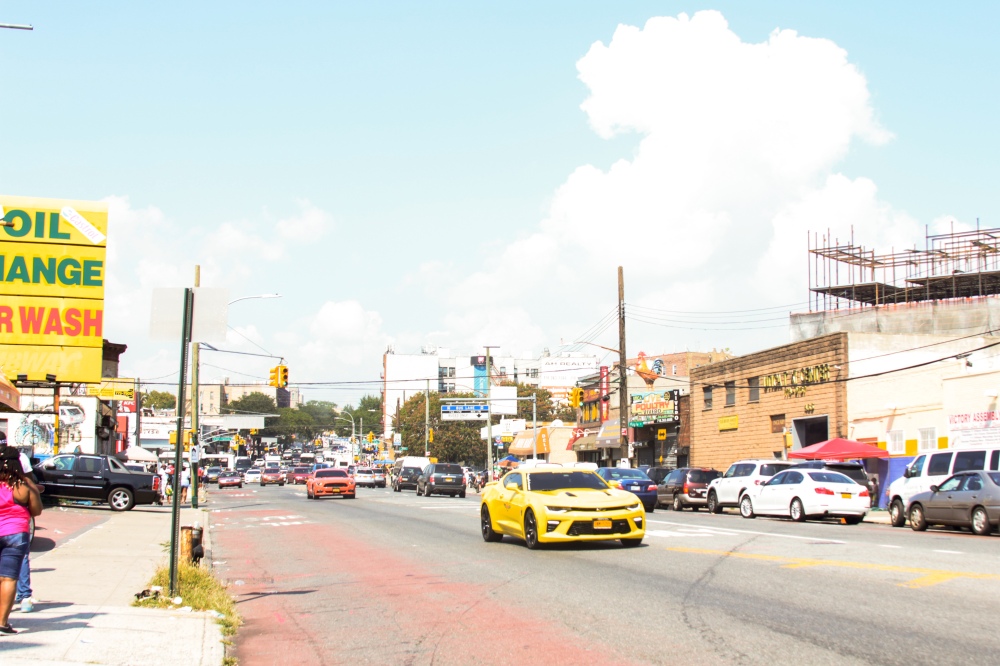 When’s the last time you heard an all brass brand play The Game of Thrones theme song and then seamlessly shift into the polka version of Britney Spears’s Toxic? No? Shame on you.

The 11th annual Honk New York City marching band festival officially kicked off with a packed yard and an explosion of music, food, and dancing, at the legendary City Reliquary Museum in Bushwick. 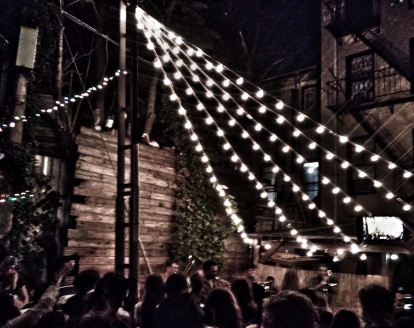 The City Reliquary Museum yard and the Nevermind Orchestra starting the show at the Honk NYC festival.

Honk NYC is the gathering of street and marching bands locally and nationally, and in some cases internationally, to perform instrumental music for diversified audiences. Shows will be from October 10th to the 15th, spanning the city from Staten Island to Harlem with a guest spot in New Jersey. The bands playing at the event were The Nevermind Orchestra, The L Train Brass Band, and the New Creations Band.

According to Sara Valentine, Honk NYC Festival Steward and Co-Founder, the festival started out as an accident. It was a dinner party and a subsequent after party between rather talented friends, namely the Hungry March Band, that snowballed into three years’ worth of musical bashes before it became official. It is now the festival’s 11th year visiting the city from its original point in Boston.

“It’s accessible,” said Valentine on why she thinks marching band music in particular is so successful, “Can happen anywhere. It’s history. And it’s likely you’ve played that instrument as a kid.”

As of May 2016, the U.S Department of Labor reported that New York is the second highest employer of musicians and singers that play one or more musical instruments or sing; perform on a stage; and that perform for on-air broadcasting, or for sound or video recording.

Emily Smith, of the Seattle-based Filthy Femcorps band, said, “Marching bands, we’re a community.” She as well as several of the members of the performing bands actively participate in multiple or each other’s bands, fostering a real sense of unity among the musicians.

The bands certainly kept up the playful atmosphere among the functional tree house and bar located in the wide, ornate yard behind the museum. The New Creations Band that closed out the celebrations had a saxophonist that literally lit his instrument on fire as a final shocking note

New Creations saxophonist that lit his instrument on fire as a final performance act.

Musical selections ranged from comical Friday the 13th songs to traditional New Orleans big band classics. There was even an original composition such as L Train Brass Band member Ryan Hall’s Bushwick, which encompasses the groove, people, and general weirdness of his favorite neighborhood.

“You see who’s here. White, Black, Asian people. Every culture has a grass band tradition,” said Valentine. More than anything she expressed that the festival’s mission is about making connections, not through social media or cell phones, but in real life with music across all backgrounds.

Maya Angelou, my hero, died at age 86 in her beautiful home in North Carolina today.

“She lived a life as a teacher, activist, artist and human being. She was a warrior for equality, tolerance and peace,” said her son, Guy B. Johnson.

Her poem “Still I Rise,” was the first I ever recited, ever memorized, ever performed, and ever loved. As a kid her words found me in a dark place when no one else’s did, and continue to inspire me to rise beyond who I was. My only hope is that she passed knowing that she moved countless generations to poetry, and that she fermented a love of language that could leap oceans.

Inaugural, outstanding poet, will never cover how much Maya Angelou meant to the literary community. Her life and works awe millions. So I challenge you this day, in honor of a woman who was always more than just a poet, to rise above and believe that words can make a difference. In truth, they are the only things that have ever infected and effected change.

I may not know how to prevent someone from taking their own life, but if you know someone who might struggle with it. Hold on to them. Let them know that they are not alone, and maybe that love will break the barrier before it’s too late.

Please. If you have any thoughts on the subject, don’t be afraid to share or leave a comment. Thanks.